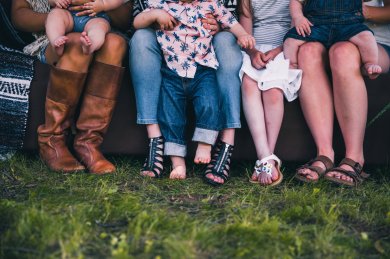 Based on three family stories documented by the Wilmington News Journal on March 16, 1997 and stories that five other families told CHOICES in a qualitative research project conducted in the summer of 2009, we believe that officials of the Delaware School for the Deaf and Statewide Services have failed to inform families about the full range of options that families ought to have, but don’t have here in Delaware.  This practice has been in place for many years and we do not have evidence that it has changed.

These stories–from 1997 and 2009–reveal other problems that stubbornly refuse to go away.  Consider:

As of April 2010, Delaware does not have a program of intensive early auditory-oral or auditory-verbal intervention for children who have received cochlear implants as infants and whose parents want them to develop listening and spoken language skills.  This therapy works, it’s used in other places in the United States, and it’s recommended by many experts in infant language acquisition.

The stories we tell here don’t prove anything about how happy or unhappy the DSD population is with its school.  That’s not what qualitative research sets out to do.  It is reasonable to believe that some–perhaps many–families have been happy with DSD.  It is also reasonable to believe that other–perhaps many–families have been unhappy.  What we do know with certainty is that these eight families did not receive the free and appropriate public education in the least restrictive environment that federal law requires that they receive.  But it’s worth noting that Patricia Rivera, the Sunday News Journal reporter, mentioned that in addition to the Colliers, “at least a dozen other parents say the state is overemphasizing ASL and failing to educate parents sufficiently about alternatives.”